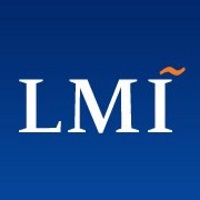 What are the highest paying jobs at Logistics Management Institute?

The Logistics Management Institute is a consulting firm. Established as a private, not-for-profit organization in 1961, LMI is headquartered in Tysons, Virginia, near McLean, in the Greater Washington, D.C. area, with satellite offices located throughout the United States.

In September, 1961, Secretary of Defense Robert McNamara sent a memorandum to President John F. Kennedy, recommending the creation of an independent organization that could provide logistics management services and related research to the federal government. With Kennedy's support, the Logistics Management Institute was founded three weeks later on October 3, 1961. Initially based out of an office in The Pentagon; LMI consisted of fewer than a dozen employees at its formation.

During the following year, LMI grew considerably, more than doubling its staff and relocating to a new office. Despite congressional interest in de-funding the organization during the early 1970s, LMI managed to remain solvent by expanding its market to include other government agencies, though it remained primarily focused on the servicing the Department of Defense.

Steady growth continued throughout the late 1970s and into the following decade. In 1984, LMI moved its headquarters to Bethesda, Maryland. The following year, Deputy Secretary of Defense William Howard Taft IV designated LMI as a federally funded research and development center, precluding it from competing with profit-seeking firms. Significant growth, coupled with funding caps imposed by Congress on FFRDCs in the 1990s, proved burdensome, however, and in 1998 LMI was returned to its initial status as a not-for-profit.

Logistics Management Institute Job Search in US and Canada