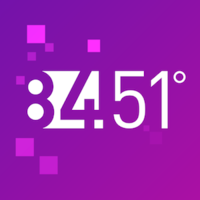 The Kroger Company, or simply Kroger, is an American retail company founded by Bernard Kroger in 1883 in Cincinnati, Ohio. It is the United States' largest supermarket by revenue, and the second-largest general retailer. Kroger is the fourth largest American-owned private employer in the United States. Kroger is ranked #23 on the Fortune 500 rankings of the largest United States corporations by total revenue.

As of January 30, 2021, Kroger operates, either directly or through its subsidiaries, 2,742 supermarkets and multi-department stores. Kroger's headquarters are in downtown Cincinnati. It maintains markets in 35 states and the District of Columbia, with store formats that include hypermarkets, supermarkets, superstores, department stores, and 154 jewelry stores. Kroger-branded grocery stores are located in the Midwestern and Southern United States. Kroger operates 35 food processing or manufacturing facilities, 1,596 supermarket fuel centers, 2,255 pharmacies, and 224 The Little Clinic in-store medical clinics.