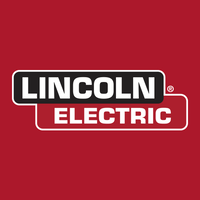 What are the highest paying jobs at Lincoln Electric Holdings Inc?

The Fortune 1000 company is headquartered in Euclid, Ohio, United States and has a worldwide network of distributors and sales offices covering more than 160 countries. It has 42 manufacturing locations in North America, Europe, Middle East, Asia and Latin America. It also operates manufacturing alliances and joint ventures in 19 countries.

The company reported over $2.9 billion sales in 2013, with sales from North America accounting for 50% of it. Lincoln has over 8500+ employees globally and 3000 in the United States alone.

The company was founded in 1895 by John C. Lincoln with a capital investment of $200 to make electric motors he had designed.

Lincoln Electric Holdings Inc Job Search in US and Canada

Get paid to dream at work: This company will pay you to nap
Sara London
The average salary of a Chipotle general manager is $100K — and they’re hiring
Kyle Schnitzer
Amazon is now hiring 75K workers — and offering some $1K bonuses
Kyle Schnitzer
Ladders / Company / Lincoln Electric Holdings Inc