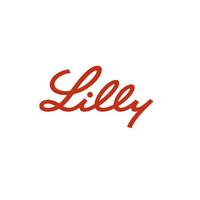 What are the highest paying jobs at Eli Lilly?

Eli Lilly and Company is an American pharmaceutical company headquartered in Indianapolis, Indiana, with offices in 18 countries. Its products are sold in approximately 125 countries. The company was founded in 1876 by, and named after, Col. Eli Lilly, a pharmaceutical chemist and veteran of the American Civil War.

Lilly's notable achievements include being the first company to mass-produce the polio vaccine developed by Jonas Salk, and insulin. It was one of the first pharmaceutical companies to produce human insulin using recombinant DNA including Humulin, Humalog, and the first approved biosimilar insulin product in the US, Basaglar.

Lilly is currently the largest manufacturer of psychiatric medications and produces Prozac, Dolophine, Cymbalta, and Zyprexa.

The company is ranked 123rd on the 2019 Fortune 500. It is ranked 221st on the Forbes Global 2000 list of the largest public companies in the world and 252nd on the Forbes list of America's Best Employers.

Eli Lilly is a full member of the Pharmaceutical Research and Manufacturers of America and the European Federation of Pharmaceutical Industries and Associations.

Eli Lilly Job Search in US and Canada