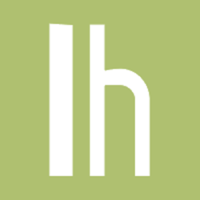 What are the highest paying jobs at Lifehacker?

Lifehacker is a weblog about life hacks and software that launched on January 31, 2005. The site was originally launched by Gawker Media and is currently owned by G/O Media. The blog posts cover a wide range of topics including: Microsoft Windows, Mac, Linux programs, iOS and Android, as well as general life tips and tricks. The website is known for its fast-paced release schedule from its inception, with content being published every half hour all day long. The Lifehacker motto is "Tips, tricks, and downloads for getting things done."

In addition, Lifehacker has four international editions, Lifehacker Australia, Lifehacker Japan and Lifehacker UK which feature most posts from the U.S. edition along with extra content specific to local readers.

Lifehacker Job Search in US and Canada

Top Jobs at Lifehacker by City

What jobs can you get with a business degree?
Kattie Thorndyke
How to answer “What’s your desired salary?” (with 8 best responses)
Jessica Li
You have a “great” job offer… now what?
Kayla Duperreault
Ladders / Company / Lifehacker