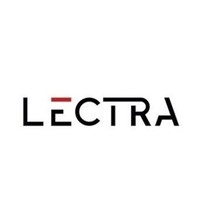 What are the highest paying jobs at Lectra SA?

Lectra is a technology company headquartered in Paris, France. It operates in 34 countries with 34 subsidiaries. Lectra specializes in CAD software and CAM cutting-room systems for industries using soft material such as leather and textiles. The company develops software, hardware, consulting and associated services for organizations in industries including fashion and apparel, automotive, furniture and others.

Lectra was founded in 1973 by engineers Jean and Bernard Etcheparre. The first machine enabled a piece of clothing to be cut in all sizes from a cardboard pattern. The company launched its first CAD systems for apparel making in 1976. Venture capitalist André Harari met the two founders and raised the capital needed to implement Lectra's business development plan. In 1980, Lectra established its first foreign subsidiary in Germany followed by the United Kingdom, Italy, Spain and the United States in 1982.

By 1986, Lectra was the world's leading CAD and CAM systems provider and the company had its initial public offering the following year. After financial troubles in the early 1990s, the company was recapitalized by Daniel and André Harari.

Lectra SA Job Search in US and Canada