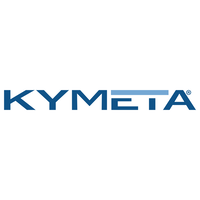 What are the highest paying jobs at Kymeta?

Kymeta announced commercial availability of its first products—the mTennau7 antenna subsystem module and KyWay terminal—in March 2017, which are the first metamaterials-based products to be successfully commercialized. Kymeta has also partnered with Intelsat to offer K?LO satellite services, which can be bundled with all Kymeta products. As of October 2018, the company has raised nearly $200 million in funding from various investors including Bill Gates and Lux Capital.

Kymeta Job Search in US and Canada

Top Jobs at Kymeta by City

Get paid to dream at work: This company will pay you to nap
Sara London
The average salary of a Chipotle general manager is $100K — and they’re hiring
Kyle Schnitzer
Amazon is now hiring 75K workers — and offering some $1K bonuses
Kyle Schnitzer
Ladders / Company / Kymeta