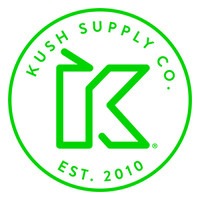 What are the highest paying jobs at Kush Bottles?

KushCo Holdings is an American company that sells packaging, containers, and other ancillary products for the cannabis industry. It is based in Garden Grove, California and is publicly traded on the New York OTCQB marketplace under the stock ticker symbol, KSHB.

KushCo Holdings FKA Kush Bottles was founded in 2010 by Nicholas Kovacevich and Dallas Imbimbo in Santa Ana, California. In 2013, the company lobbied for regulations requiring child-resistant packaging for medical and retail marijuana in Colorado. Ben Wu was appointed CEO of the company in 2014 while Kovacevich held the role of COO. KushCo Holdings incorporated in Nevada in 2014. It also acquired the KIM International Corporation in 2014.

In August 2014, Ben Wu became the company's COO while Kovacevich assumed the role of CEO soon after. In May 2015, Kush acquired the Colorado-based packaging manufacturer, Dank Bottles. In October 2015, it launched an eCommerce site for its clients, mostly dispensaries and producers of cannabis. In December of that year, the company went public on the OTCQB marketplace with the stock ticker symbol, KSHB.

In May 2017, KushCo Holdings acquired CMP Wellness, a distributor of vaporizers and associated accessories. That same month, it also acquired Roll-Uh-Bowl, a supplier of silicone water pipes. By the end of 2017, the company had sold 100 million products in its history and maintained 4,000 legal cannabis clients. Also in 2017, revenue for the company rose 258% compared to the previous year. In February 2018,