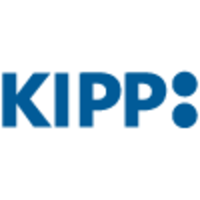 What are the highest paying jobs at KIPP Foundation?

The Knowledge is Power Program, commonly known as KIPP, is a network of free open-enrollment college-preparatory schools in low income communities throughout the United States. KIPP is America's largest network of public charter schools. The head offices are in San Francisco, Chicago, New York City, and Washington, D.C..

KIPP began in 1994 after co-founders Dave Levin and Mike Feinberg completed their two-year commitment to Teach For America. A year later, they launched a program for fifth graders in a public school in inner-city Houston, Texas. Feinberg developed KIPP Academy Houston into a charter school, while Levin went on to establish KIPP Academy New York in the South Bronx. The original KIPP Academies have a sustained record of high student achievement.

Director of Gifted and Talented (G&T)

KIPP Foundation Job Search in US and Canada

Associate Director of Health and Compliance