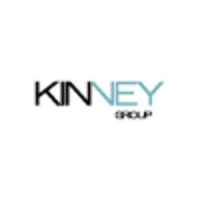 What are the highest paying jobs at Kinney Group, Inc?

Kinney National Services, Inc. was an American conglomerate company from 1966 to 1972. Its successors were National Kinney Corporation and Warner Communications, Time Warner and AOL Time Warner and its current successor is WarnerMedia.

Kinney National's predecessors were Kinney Service Corporation and National Cleaning Contractors, the founder was Louis Frankel and Max Sweig), which they were began to merge each together in January 1966 and completed in August of the same year.

It was formed on August 12, 1966 as Kinney National Services, Inc., when the Kinney Parking Company and the National Cleaning Contractors, Inc. were merged. The new company was headed by Steve Ross.

Kinney National Company was known for purchases and sales:

Kinney National also owned wood flooring manufacturer Circle Floor from Seymour Milstein and Paul Milstein, when Kinney's predecessor bought it in 1964 for $15 million, with the Milsteins remaining as managers of the unit until 1971 before sale.
Total value of jobs:
$340,000
Total Jobs:
2
Average Pay:
$113,333
% Masters:
12%

Kinney Group, Inc Job Search in US and Canada