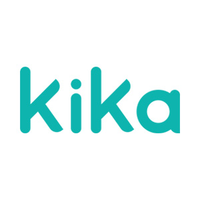 What are the highest paying jobs at Kika Tech?

KUKA is a German manufacturer of industrial robots and solutions for factory automation. It has been owned by the Chinese company Midea Group since 2016.

KUKA Systems GmbH, a division of KUKA, is an international supplier of engineering services and flexible automated manufacturing solutions with around 3,900 employees in twelve countries globally. KUKA Systems’ plants/equipments are being used by various automotive manufacturers such as BMW, GM, Chrysler, Ford, Volvo, Volkswagen, Daimler AG, Valmet Automotive as well as manufacturers from other industrial sectors such as Airbus, Astrium, Siemens and others. The range includes products and services for task automation in the industrial processing of metallic and non-metallic materials for various industries including automotive, energy, aerospace, rail vehicles, and agricultural machinery.