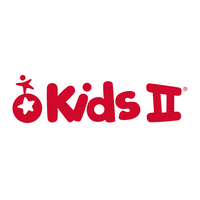 What are the highest paying jobs at Kids II, Inc?

Ryan Gunnigle is the company's founder and CEO.

The company was originally named Pansy Ellen Products, and was founded in 1969 primarily as an infant bath and toy manufacturer. In 1992, the company debuted its products in Toys "R" Us stores. The company re-branded in 1993 and changed its name to Kids II, Inc. Kids II began licensing for Disney in 1999.

The Savannah College of Art and Design partnered with the company in December, 2010. The partnership allowed SCAD students to conceptualize and prototype toy concepts for the company. The firm acquired the Oball and Taggies brands the following year.
Total value of jobs:
$520,000
Total Jobs:
6
Average Pay:
$104,000
Total Experts:
3
% Masters:
33%

Kids II, Inc Job Search in US and Canada

Everything you need to know about becoming an accountant
Olivia Kelley
You’ll be ‘ghosted’ by recruiters if you don’t do these 5 things
Ryan Luke
15 of the greatest government jobs (with the best benefits)
Marjolein Dilven
Ladders / Company / Kids II, Inc