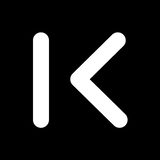 What are the highest paying jobs at Kenzen?

Kenzer & Company is a Waukegan, Illinois based publisher of comic books, role-playing games, board games, card games, and miniature games.

They are known for the Kingdoms of Kalamar campaign setting and for their own HackMaster and Aces & Eights: Shattered Frontier role-playing games. Perhaps their best known product is the Knights of the Dinner Table magazine, which is a monthly publication that is part comic book and part RPG magazine. KenzerCo's line of comics now includes spinoffs such as Knights of the Dinner Table Illustrated and Spacehack, licensed comics in the Dungeons & Dragons line, and the fantasy literature magazine Black Gate. Other products include the Fairy Meat miniatures game, the Fuzzy Knights web strips, the Monty Python and the Holy Grail card game and board games such as Dwarven Dig, Elemental, and The Great Space Race.