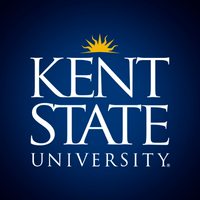 What are the highest paying jobs at Kent State University?

The university was established in 1910 as a teacher-training school. The first classes were held in 1912 at various locations and in temporary buildings in Kent and the first buildings of the original campus opened the following year. Since then, the university has grown to include many additional baccalaureate and graduate programs of study in the arts and sciences, research opportunities, as well as over 1,000 acres and 119 buildings on the Kent campus. During the late 1960s and early 1970s, the university was known internationally for its student activism in opposition to U.S. involvement in the Vietnam War, due mainly to the Kent State shootings in 1970.

As of October 2019, Kent State was the third-largest university in Ohio with an enrollment of 35,883 students in the eight-campus system and 26,804 students at the main campus in Kent. Kent State offers over 300 degree programs, among them 250 baccalaureate, 40 associate, 50 master's, and 23 doctoral programs of study, which include such notable programs as nursing, business, history, library science, aeronautics, journalism, architecture, fashion design and the Liquid Crystal Institute. It is classified among "R2: Doctoral Universities – High research activity".
Total value of jobs:
$5,980,000
Average Pay:
$89,253
Total Experts:
13
% Masters:
59%

19 examples of STAR interview questions (plus how to answer them using STAR method)
Jennifer Fabiano
Is this the worst job interview question? The internet seems to think so.
CW Headley
These are the 15 highest-paying psychology jobs
Hailey Hudson
Ladders / Company / Kent State University