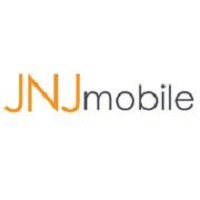 What are the highest paying jobs at JNJ Mobile?

Johnson & Johnson is an American multinational corporation founded in 1886 that develops medical devices, pharmaceuticals, and consumer packaged goods. Its common stock is a component of the Dow Jones Industrial Average and the company is ranked No. 37 on the 2018 Fortune 500 list of the largest United States corporations by total revenue. Johnson & Johnson is one of the world's most valuable companies, and is one of only two U.S.-based companies that has a prime credit rating of AAA, higher than that of the United States government.

Johnson & Johnson is headquartered in New Brunswick, New Jersey, the consumer division being located in Skillman, New Jersey. The corporation includes some 250 subsidiary companies with operations in 60 countries and products sold in over 175 countries. Johnson & Johnson had worldwide sales of $70.1 billion during calendar year 2015.

JNJ Mobile Job Search in US and Canada