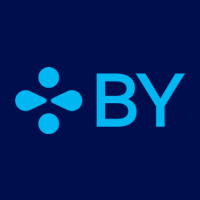 What are the highest paying jobs at JDA Software?

In 1985, James Donald Armstrong and Frederick M. Pakis formed the US-based JDA Software, Inc. in Cleveland, Ohio. After signing a contract with a Phoenix-based automotive retailer in 1987, all eight JDA employees relocated to headquarters in Arizona. After 10 years of operation as a privately held firm, JDA went public on March 15, 1996.

In 1998, JDA completed its first acquisition, the Arthur Retail division.

On November 5, 2009, JDA announced its intent to acquire i2 Technologies, a Dallas-based provider of supply chain management software. The acquisition was completed in January 2010. In June 2010, Dillard's Department Stores won a $246 million judgment against i2, claiming damages from use of two supply chain management systems. JDA announced efforts to reduce or reverse this judgment, noting Dillard's still used the software and had done so since 2000.

JDA Software Job Search in US and Canada