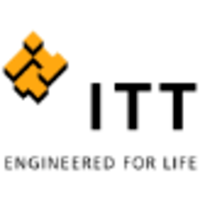 What are the highest paying jobs at ITT Automotive?

The company was founded in 1920 as International Telephone & Telegraph. During the 1960s and 1970s, under the leadership of CEO Harold Geneen, the company rose to prominence as the archetypal conglomerate, deriving its growth from hundreds of acquisitions in diversified industries.

ITT divested its telecommunications assets in 1986, and in 1995 spun off its non-manufacturing divisions, later acquired by Starwood. In 1996, the current company was founded as a spinoff of ITT as ITT Industries, Inc. It later changed its name to ITT Corporation in 2006.

In 2021, ITT relocated their headquarters from White Plains, to nearby Stamford, Connecticut.
% Masters:
47%