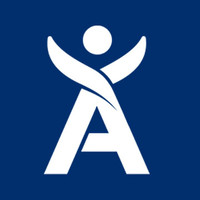 What are the highest paying jobs at Isagenix International?

Isagenix International LLC is a privately held multi-level marketing company that sells dietary supplements and personal care products. The company, based in Gilbert, Arizona, was founded in 2002 by John Anderson, Jim Coover, and Kathy Coover. As of 2013 the company reported having over 200,000 active MLM distributors. In 2017, the company reported revenues of $958 million. According to Isagenix, the company employed 850 people as of 2017.

Physician Harriet Hall, writing in the Skeptical Inquirer in 2011, said that many of the claims made about the products are false. The Australian consumer organization CHOICE reported that Isagenix’s claims about its "nutritional cleansing" product are scientifically unsupported; that its weight loss products are similar in content to much cheaper store-bought alternatives; and that its MLM distributors provided unauthorized medical advice.