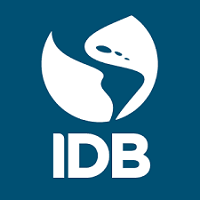 What are the highest paying jobs at InterAmerican Development Bank?

The Inter-American Development Bank is the largest source of development financing for Latin America and the Caribbean. Established in 1959, the IDB supports Latin American and Caribbean economic development, social development and regional integration by lending to governments and government agencies, including State corporations.

The IDB has four official languages: English, French, Portuguese, and Spanish. Its official names in the other three languages are as follows: