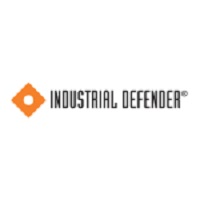 What are the highest paying jobs at Industrial Defender?

Lockheed Martin Corporation is an American aerospace, arms, defense, information security, and technology company with worldwide interests. It was formed by the merger of Lockheed Corporation with Martin Marietta in March 1995. It is headquartered in North Bethesda, Maryland, in the Washington, D.C., area. Lockheed Martin employs approximately 110,000 people worldwide as of January 2020.

Lockheed Martin operates in four business segments: Aeronautics, Missiles and Fire Control, Rotary and Mission Systems, and Space. The company has received the Collier Trophy six times, including in 2001 for being part of developing the X-35/F-35B LiftFan Propulsion System and most recently in 2018 for the Automatic Ground Collision Avoidance System. Lockheed Martin is currently developing the F-35 Lightning II and leads the international supply chain, leads the team for the development and implementation of technology solutions for the new USAF Space Fence, and is the primary contractor for the development of the Orion command module. The company also invests in healthcare systems, renewable energy systems, intelligent energy distribution, and compact nuclear fusion.
Total value of jobs:
$680,000
Average Pay:
$136,000
% Masters:
41%

These are the 15 highest-paying psychology jobs
Hailey Hudson
6 jobs that prepare you for side hustle success
Kyle Young
This is what work will look like in 2030, and it isn’t pretty
Kyle Schnitzer
Ladders / Company / Industrial Defender