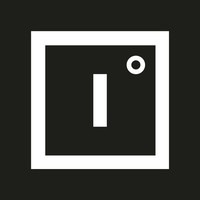 What are the highest paying jobs at Improbable?

Improbable Worlds Limited is a British multinational technology company founded in 2012, and headquartered in London, England. It makes distributed simulation software for video games and corporate use.

The company has created SpatialOS, a computation platform that enables the creation of massive simulations and virtual worlds for use in video games and corporate simulations. The firm partnered with Google in December 2016. The software was released into open beta in February 2017.

In 2018, Improbable founded a branch office in Edmonton, Alberta, in western Canada. Aaryn Flynn – a former general manager at BioWare Edmonton – was hired to serve as the general manager of Improbable's North American operations anchored out of Edmonton.

The company received an investment of $500 million from SoftBank in May 2017. The first games built on the technology were Worlds Adrift by Bossa Studios and Lazarus by Spilt Milk Studio, but both games have since been shut down.

Its founder, Herman Narula, is the son of Harpinder Singh Narula. The company was founded in 2012 and run by Narula and his colleagues from his parents' Hertfordshire house, Hyver Hall, through the end of 2013.

January 2019, saw a public conflict between Improbable and Unity Technologies, the developers of the Unity game engine. Improbable asserted that a change in the Terms of Service for Unity made in December 2018 would make it illegal to use SpatialOS, affecting several existing games and ones under development. Unity countered that Improbable had been in breach of the Terms of Service for more than a year and had been notified of this, and the change would only affect Improbable and not those developers of games already using it. Improbable partnered with Epic Games, the makers of the competing Unreal Engine to provide a US$25 million fund to help developers that may be affected by this change to more open solutions.

Improbable Job Search in US and Canada

Top Jobs at Improbable by City