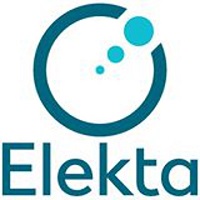 What are the highest paying jobs at Elekta?

Elekta is a Swedish company that provides radiation therapy, radiosurgery, related equipment and clinical management for the treatment of cancer and brain disorders.

Elekta was jointly founded in 1972 by the late Lars Leksell, Professor of Neurosurgery at the Karolinska Institute in Stockholm, Sweden and his son Laurent Leksell, in order to commercialize the development of the Leksell Stereotactic System, and Gamma Knife, which he had been researching since the late 1940s.

Since 1994, the company has been listed on the Nordic Exchange under the ticker EKTAb. Lars Leksell's son, Laurent, became chief executive officer of Elekta until 2005, and under his leadership the company expanded into a public medical technology group with more than 3,400 employees worldwide. In 2005 Tomas Puusepp became President and CEO of the company. The company trades only in Sweden, but nearly half the sales of the company's equipment are in the United States. The company saw net sales of 10,839 SEK M in the year 2014/15

Elekta Job Search in US and Canada

Top Jobs at Elekta by City

Get paid to dream at work: This company will pay you to nap
Sara London
The average salary of a Chipotle general manager is $100K — and they’re hiring
Kyle Schnitzer
Amazon is now hiring 75K workers — and offering some $1K bonuses
Kyle Schnitzer
Ladders / Company / Elekta