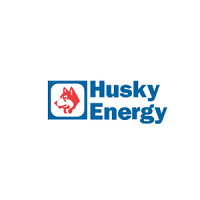 What are the highest paying jobs at Husky Energy?

Husky Energy Inc. is a company engaged in hydrocarbon exploration, headquartered in Calgary, Alberta, Canada. It operates in Western and Atlantic Canada, the United States and the Asia Pacific region, with upstream and downstream business segments. Husky Energy is controlled by Hong Kong billionaire Li Ka-shing. In the 2020 Forbes Global 2000, Husky Energy was ranked as the 1443rd-largest public company in the world.

In 2020, the company agreed to be acquired by Cenovus Energy. The deal closed in January 2021 and Husky became a subsidiary of Cenovus.

America falls way short, adds fewer jobs than expected in April
Kyle Schnitzer
Everything you need to know about becoming a dermatologist
Ashley Jones
These US cities will pay up to $20,000 for you to relocate—but there’s always a catch
Benjamin Lorber
Ladders / Company / Husky Energy