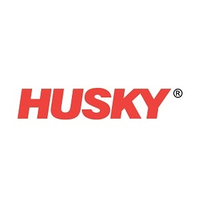 What are the highest paying jobs at Husky Injection Molding Systems?

Husky Injection Molding Systems Ltd. is a supplier of machinery for injection molding of plastics. The company was founded in 1953 by Robert Schad, a German immigrant to Canada. Husky was initially a small machine shop with no ties to the plastics industry.

Husky specializes in PET for beverage packaging products and controls more than 50% of the global market for PET processing systems.

Husky Injection Molding Systems Ltd. was a publicly traded company from 1998 to 2007. Owning 44% of the company's stock, Robert Schad was the controlling shareholder. The company's common shares were listed on the Toronto Stock Exchange.

On December 13, 2007, the Canadian private equity investment firm Onex Corporation completed a friendly buy-out of Husky. The deal was worth C$960 million.

Is this the worst job interview question? The internet seems to think so.
CW Headley
These are the 15 highest-paying psychology jobs
Hailey Hudson
6 jobs that prepare you for side hustle success
Kyle Young
Ladders / Company / Husky Injection Molding Systems