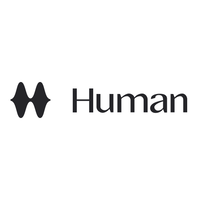 What are the highest paying jobs at Human Inc?

Humana Inc. is a for-profit American health insurance company based in Louisville, Kentucky. As of 2020 Humana had over 20 million members in the U.S., reported a 2019 revenue of US$56.9 billion, and had 46,000 employees. In 2020, the company ranked 52 on the Fortune 500 list, which made it the highest ranked company based in Kentucky. It has been the third largest health insurance in the nation.

The U.S. Dept. of Health and Human Services investigated Humana in 2009 for sending flyers to Medicare recipients that the AARP characterized as deceptive. The company's managed care model has also been criticized for ethical lapses and limitations.

The health insurer Aetna said on July 3, 2015, that it had agreed to acquire its smaller rival Humana for $37 billion in cash and stock but walked away from the deal after a court ruling that the merger would be anti-competitive.