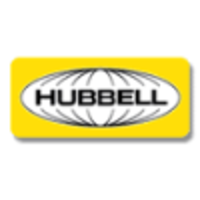 What are the highest paying jobs at Hubbell Inc?

Hubbell Incorporated is an American company that designs, manufactures and sells electrical and electronic products for non-residential and residential construction, industrial and utility applications. Hubbell was founded by Harvey Hubbell as a proprietorship in 1888, and was incorporated in Connecticut in 1905. It is ranked 577 by the fortune group. The company’s reporting segments consist of the electrical segment and the Power segment. Hubbell’s manufacturing facilities are located in the United States, Canada, Switzerland, Puerto Rico, Mexico, the People's Republic of China, Italy, the United Kingdom, Brazil and Australia and maintains sales offices in Singapore, China, India, Mexico, South Korea, and countries in the Middle East.

Hubbell Inc Job Search in US and Canada

View All Round Rock, TX Jobs

Everything you need to know about becoming a pathologist
Ashley Jones
Get paid to dream at work: This company will pay you to nap
Sara London
The average salary of a Chipotle general manager is $100K — and they’re hiring
Kyle Schnitzer
Ladders / Company / Hubbell Inc