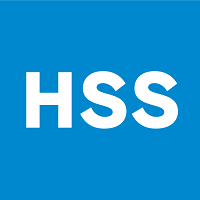 What are the highest paying jobs at Hospital for Special Surgery?

Hospital for Special Surgery is a hospital in New York City that specializes in orthopedic surgery and the treatment of rheumatologic conditions.

Founded in 1863 by James Knight, HSS is the oldest orthopedic hospital in the United States and is consistently ranked as the top orthopedic hospital in the United States. Currently, HSS is ranked #1 in orthopedics, #3 in rheumatology and #22 in pediatric orthopedics by U.S. News & World Report. Bryan Kelly serves as the medical director and surgeon-in-chief, and Louis Shapiro serves as its president and chief executive officer.

Areas of expertise at HSS include joint replacement, orthopedic trauma, hand and upper extremity surgery, limb lengthening, foot and ankle surgery, pediatric orthopedics, spine surgery and sports medicine. The hospital performs the most knee replacement surgeries of any hospital in the United States. Trauma surgeons treat fractures and other acute injuries at HSS and work within an Orthopedic Trauma Service that also provides coverage at NewYork-Presbyterian Hospital Weill Cornell Medical Center. HSS physicians with a subspecialty training in the field of spine surgery focus on patients who suffer from congenital or acute spinal disorders as well as from chronic back pain. The sports medicine services at HSS treat athletic injuries of the musculoskeletal system with a special focus on shoulder, elbow, and knee injuries. In addition, orthopedic surgeons at HSS perform limb lengthening, a procedure that uses the body's capacity to create new bone as well as the soft tissues, ligaments, blood vessels, and nerves that surround and support it.

Hospital for Special Surgery Job Search in US and Canada

Top Jobs at Hospital for Special Surgery by City

One man found 62 resumes in the trash, fixed them, and hired 14 people
Entrepreneur Staff
10 alternative careers for doctors
Anna Hmara via Get Cover Letter
Everything you need to know about becoming a data scientist
Ashley Jones
Ladders / Company / Hospital for Special Surgery