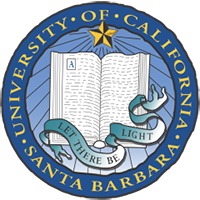 What are the highest paying jobs at University of California, Santa Barbara?

UC Santa Barbara is organized into three undergraduate colleges and two graduate schools, offering more than 200 degrees and programs. The university has 10 national research centers, including the Kavli Institute for Theoretical Physics and the Center for Control, Dynamical-Systems and Computation. UCSB has various organized research units researching evolutionary psychology, neuroscience, marine science, and more. According to the National Science Foundation, UC Santa Barbara spent $235 million on research and development in fiscal year 2018, ranking it 100th in the nation. UCSB was the No. 3 host on the ARPAnet and was elected to the Association of American Universities in 1995.

Current UCSB faculty includes six Nobel Prize laureates, one Fields Medalist, 39 members of the National Academy of Sciences, 27 members of the National Academy of Engineering, and 34 members of the American Academy of Arts and Sciences. UCSB is classified among "R1: Doctoral Universities – Very high research activity" and is regarded as a Public Ivy. The faculty also includes two Academy and Emmy Award winners, and recipients of a Millennium Technology Prize, an IEEE Medal of Honor, a National Medal of Technology and Innovation and a Breakthrough Prize in Fundamental Physics.

10 companies that offer unlimited vacation
Kyle Schnitzer
Are you angling for the C-suite? Work for Starbucks
Kyle Schnitzer
5 things to do before you land your next job
Wendi Weiner
Ladders / Company / University of California, Santa Barbara