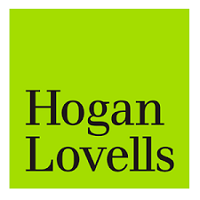 What are the highest paying jobs at Hogan Lovells US LLP?

Hogan Lovells /?l?v?lz/ is an American-British law firm co-headquartered in London and Washington, D.C. It was formed on May 1, 2010 by the merger of the American law firm of Hogan & Hartson and the British law firm Lovells. Hogan Lovells has around 2,400 lawyers working in more than 40 offices in the United States, Europe, Latin America, the Middle East, Africa and Asia.

In 2013, Hogan Lovells was the eleventh largest law firm in the world by revenues, earning around US$1.8 billion that year. By 2017, the firm had risen to 7th worldwide with gross revenues exceeding US$2 billion.

Hogan Lovells US LLP Job Search in US and Canada

Top Jobs at Hogan Lovells US LLP by City

Get paid to dream at work: This company will pay you to nap
Sara London
The average salary of a Chipotle general manager is $100K — and they’re hiring
Kyle Schnitzer
Amazon is now hiring 75K workers — and offering some $1K bonuses
Kyle Schnitzer
Ladders / Company / Hogan Lovells US LLP