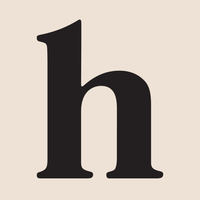 What are the highest paying jobs at Hims & Hers?

Hims & Hers Health, Inc. is a telemedicine company that operates Hims and Hers, which sell men's and women's personal care products. Hims, Inc. was founded in 2017 with the launch of Hims, and Hers was launched in 2018. In January 2019, Hims became the second-fastest startup to become a so-called "unicorn" after Bird.

Investors in Hims include Forerunner Ventures, Redpoint Ventures, and Maverick Ventures.[better source needed] In January 2019, Hims raised an additional $100 million in a Series C funding round. Following the funding, the company was valued at $1 billion. In the same month, the brand launched in the United Kingdom with products for erectile dysfunction and hair loss.

In November 2018, Hims launched a women’s health brand, Hers.[better source needed] The company initially sold birth control, skin care and hair loss products, and prescriptions for hypoactive sexual desire disorder. Hims and Hers sell over-the-counter products and prescriptions through a subscription model. The company received media attention for its advertisements in 2018, with critics stating that the ads were too suggestive for the public subway.[better source needed]
Total value of jobs:
$1,585,000
Total Jobs:
9
Average Pay:
$144,090

High-Paying Jobs at Hims & Hers

Hims & Hers Job Search in US and Canada

Top Jobs at Hims & Hers by City