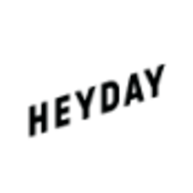 What are the highest paying jobs at Heyday?

Heyday is an independent nonprofit publisher based in Berkeley, California.

Heyday was founded by Malcolm Margolin in 1974 when he wrote, typeset, designed, and distributed The East Bay Out, a guide to the natural history of the hills and bay shore in and round Berkeley and Oakland, in the East Bay of the San Francisco Bay Area. Heyday publishes around twenty books a year, as well as the quarterly magazine News from Native California.

In 2004, they merged with their nonprofit wing, the Clapperstick Institute, and became a full-fledged 501 nonprofit enterprise. In 2016, Margolin retired from Heyday, and Steve Wasserman, previously editor-in-chief of the Los Angeles Times Book Review and an editor-at-large at Yale University Press, became Margolin's successor as publisher and executive director.

Heyday Job Search in US and Canada

Top Jobs at Heyday by City

Everything you need to know about becoming an endodontist
Ashley Jones
Looking for a job? Watch out for these 4 insane new hire perks
Sara London
Here’s why healthcare banking is the hottest job trend right now
Ryan Luke
Ladders / Company / Heyday