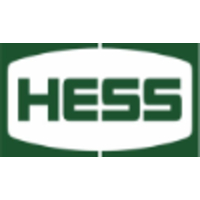 What are the highest paying jobs at Hess Corporation?

Hess Corporation is an American global independent energy company involved in the exploration and production of crude oil and natural gas. It was formed by the merger of Hess Oil and Chemical and Amerada Petroleum in 1968. Leon Hess served as CEO from the early 1960s through 1995, after which his son John B Hess succeeded him as chairman and CEO.

Headquartered in New York City, the company ranked 394th in the 2016 annual ranking of Fortune 500 corporations. In 2020, Forbes Global 2000 ranked Hess as the 1,253rd largest public company in the world.

Hess Corporation Job Search in US and Canada

Everything you need to know about becoming a dermatologist
Ashley Jones
These US cities will pay up to $20,000 for you to relocate—but there’s always a catch
Benjamin Lorber
A guide to using social media to your advantage when job hunting
Sarah Dillon
Ladders / Company / Hess Corporation