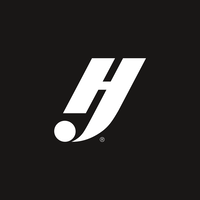 What are the highest paying jobs at Herff Jones Inc?

Herff Jones is an American company that manufactures and sells educational recognition and achievement products and motivational materials, and has been in continuous operation since 1920. Herff Jones maintains production facilities across the United States as well as in Canada, and has a network of over 700 independent sales representatives.

The company and its subsidiaries have also been involved in top-level college football and professional sports, having manufactured the Heisman Trophy, and championship rings for the Indianapolis 500, the 2007 Indianapolis Colts, and the San Antonio Spurs among others.

1974: Herff Jones was bought by Carnation Company, itself a unit of Nestle.

1985: A company owned by A.J. Hackl, then president of Herff Jones bought the company from Carnation.

2011: sold the Photography Division to Lifetouch.

How to answer “What’s your desired salary?” (with 8 best responses)
Jessica Li
You have a “great” job offer… now what?
Kayla Duperreault
Do personality tests make it harder to hire the right person?
Sara London
Ladders / Company / Herff Jones Inc