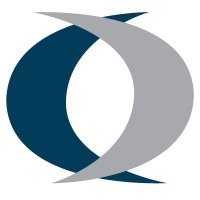 What are the highest paying jobs at Hallmark Financial Services, Inc.?

Hallmark Cards, Inc. is a private, family-owned American company based in Kansas City, Missouri. Founded in 1910 by Joyce Hall, Hallmark is the oldest and largest manufacturer of greeting cards in the United States. In 1985, the company was awarded the National Medal of Arts.

In addition to greeting cards, Hallmark also manufactures such products as party goods, gift wrap, and stationery. Hallmark acquired Binney & Smith in 1987, and would later change its name to Crayola, LLC after its well-known Crayola brand of crayons, markers and colored pencils. The company is also involved in television, having produced the long-running Hallmark Hall of Fame series since 1951, and launching the Hallmark Channel 50 years later.

...with Hallmark Financial Services, Inc. and 1000s of other companies paying $100K+

Hallmark Financial Services, Inc. Job Search in US and Canada

These are the industries that hire the most Harvard Business School grads
Meredith Schneider
These are the 5 college majors that will make you a top earner for life
CW Headley
These people will get hired in 2021
Kyle Schnitzer
Ladders / Company / Hallmark Financial Services, Inc.