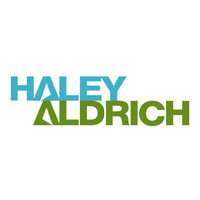 What are the highest paying jobs at Haley & Aldrich?

Nimrata Nikki Haley is an American politician, diplomat, clothing executive and author who served as the 116th governor of South Carolina from 2011 to 2017 and as the 29th United States ambassador to the United Nations from 2017 to 2018.

Haley was born in Bamberg, South Carolina, and studied accountancy at Clemson University. First elected to the South Carolina House of Representatives in 2004, she served three terms. In 2010, during her third term, she was elected governor of South Carolina and won re-election in 2014.

On November 23, 2016, then President-elect Donald Trump announced his intention to nominate then South Carolina Governor Haley as United States ambassador to the United Nations. She was confirmed by the U.S. Senate in a 96-to-4 vote, and was sworn in on January 25, 2017. She affirmed the United States' willingness to use military force in response to further North Korean missile tests in the wake of the 2017 North Korea crisis, and supported Israel thirteen times. She voluntarily stepped down on December 31, 2018.

Haley & Aldrich Job Search in US and Canada