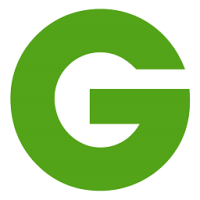 What are the highest paying jobs at Groupon, Inc?

Groupon is an American global e-commerce marketplace connecting subscribers with local merchants by offering activities, travel, goods and services in 15 countries. Based in Chicago, Groupon was launched there in November 2008, launching soon after in Boston, New York City and Toronto. By October 2010, Groupon was available in 150 cities in North America and 100 cities in Europe, Asia and South America, and had 35 million registered users. By the end of March 2015, Groupon served more than 500 cities worldwide, nearly 48.1 million active customers and featured more than 425,000 active deals globally in 48 countries.

The idea for Groupon was created by former CEO and Pittsburgh native Andrew Mason. The idea gained the attention of his former employer, Eric Lefkofsky, who provided $1 million in seed money to develop the idea. In April 2010, the company was valued at $1.35 billion. According to a December 2010 report conducted by Groupon's marketing association and reported in Forbes magazine and the Wall Street Journal, Groupon was "projecting that the company is on pace to make $1 billion in sales faster than any other business, ever."

In its first earnings release as a public company, Groupon reported a 2011 fourth-quarter loss of $9.8 million on an adjusted basis, disappointing investors. Additional investor concerns arose after the company restated 2011 revenues downward in March 2012.

Director of Strategy and Analytics

Groupon, Inc Job Search in US and Canada

View All Warsaw, IN Jobs

America falls way short, adds fewer jobs than expected in April
Kyle Schnitzer
Everything you need to know about becoming a dermatologist
Ashley Jones
These US cities will pay up to $20,000 for you to relocate—but there’s always a catch
Benjamin Lorber
Ladders / Company / Groupon, Inc