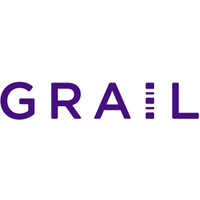 What are the highest paying jobs at Grail?

GRAIL is an American biotechnology and pharmaceutical company, which began in 2015 as a start-up in San Francisco, California, seeking to develop an early cancer screening test for people who do not have symptoms. Its headquarters is in Menlo Park, California, with locations in Washington, D.C., North Carolina, and the UK. Its parent company is Illumina in San Diego, California.

Their liquid biopsy, which was launched in June 2021 and is called the 'Galleri test', detects fragments of DNA in a blood sample via next-generation sequencing, which identifies DNA methylation, distinct patterns of which are associated with particular cancers, potentially allowing for the early detection of cancer and providing information of the origin of the cancer. It is one of three multicancer screening tests under investigation; the other two being the CancerSEEK assay and the PanSeer assay. On 27 November 2020, GRAIL announced a commercial partnership with the UK's National Health Service, to trial the Galleri test, to which several scientists have responded.

Grail Job Search in US and Canada

Top Jobs at Grail by City

These are the 10 best jobs if you want to retire early
Ashley Jones
How to quit your job (even if you just started)
Lani Assaf
What jobs can you get with a business degree?
Kattie Thorndyke
Ladders / Company / Grail