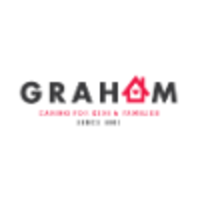 What are the highest paying jobs at Graham Windham?

Graham Windham is a private nonprofit in New York City that provides services to children and families. It was founded in 1806 by several prominent women, most notably Elizabeth Schuyler Hamilton. The organization has recently received greater awareness because of Lin-Manuel Miranda's hit Broadway musical Hamilton in which Eliza Hamilton expresses that she is "proudest of" establishing "the first private orphanage in New York City."

Graham Windham, Eliza Hamilton's centuries-old "living legacy," has evolved from an orphanage to a family and youth development organization that assists over 4,500 local children each year. It has won awards, distinctions, and honors for its work.

8 high paying remote jobs you can get right now (and how to get hired there)
Sara London
7 ways to manage the effects of job search fatigue
Rolf Bax
Have you been the victim of 1 of these 7 cases of wrongful termination?
AnnaMarie Houlis
Ladders / Company / Graham Windham