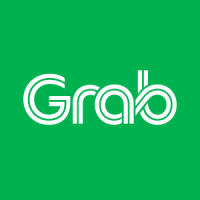 What are the highest paying jobs at Grab?

Grab Holdings Inc., commonly known as Grab, is a Singaporean multinational company headquartered in Singapore. In addition to transportation, the company offers food delivery and digital payments services via a mobile app. Starting in 2012 as the MyTeksi app based in Kuala Lumpur, Malaysia, it expanded the next year as GrabTaxi. It has since expanded into other services, following the "super app" model. In 2014, it moved its headquarters to Singapore and renamed itself to just Grab.

It currently mostly operates in Southeast Asia. It is the region's first "decacorn", and as of May 2021 its valuation was just under US$40 billion.

Grab Job Search in US and Canada

Top Jobs at Grab by City

19 examples of STAR interview questions (plus how to answer them using STAR method)
Jennifer Fabiano
Is this the worst job interview question? The internet seems to think so.
CW Headley
These are the 15 highest-paying psychology jobs
Hailey Hudson
Ladders / Company / Grab