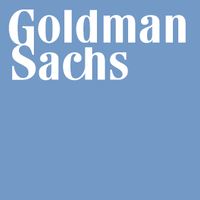 What are the highest paying jobs at The Goldman Sachs Group, Inc?

The bank is one of the largest investment banking enterprises in the world by revenue, and is a primary dealer in the United States Treasury security market and more generally, a prominent market maker. It is considered a systemically important bank by the Financial Stability Board. The group also owns Goldman Sachs Bank USA, a direct bank. Goldman Sachs was founded in 1869 and is headquartered at 200 West Street in Lower Manhattan with additional offices in other international financial centers.

As a result of its involvement in securitization during the subprime mortgage crisis, Goldman Sachs suffered during the financial crisis of 2007–2008, and it received a $10 billion investment from the United States Department of the Treasury as part of the Troubled Asset Relief Program, a financial bailout created by the Emergency Economic Stabilization Act of 2008. The investment was made in November 2008 and was repaid in June 2009.

The Goldman Sachs Group, Inc Job Search in US and Canada

Top Jobs at The Goldman Sachs Group, Inc by City