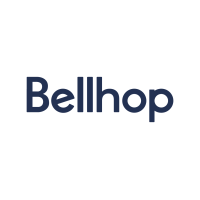 What are the highest paying jobs at Bellhops?

Bellhop is an American moving company that operates across the United States. It was previously known as Campus Bellhops when founded by Cam Doody and Stephen Vlahos in 2011. Based in Chattanooga, Tennessee, it provides moving services for small-scale moves.

The initial concept of Bellhop was as a moving service for college students moving in and out of dorms. The company began moving college students during Auburn University's three-day freshman orientation weekend. It expanded to other college campuses the following year and also began servicing moves for off-campus apartments and homes, as well as servicing non-university customers.

Bellhop exclusively hires college students. To become a bellhop, applicants must be at least 18 years old and currently enrolled in college, in addition to being physically able and strong.

As of November 2018, Bellhop was serving 31 cities across 13 states, ranging from Arizona to Pennsylvania to Florida. Chattanooga mayor Andy Berke praised the company for "changing the way people think about moving".

Bellhops Job Search in US and Canada

Top Jobs at Bellhops by City