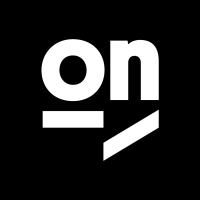 What are the highest paying jobs at GameOn Technology?

GameEon is an Indian game developing company having its office in Mumbai, India and is one of India's upcoming leading game development companies and publishers. It was founded in 2011 by Nikhil Malankar, Prasad Kajarekar, Swapnil Borkar, Harsh Sodi & Jimmy Palathingal.

GameEon was started in 2009 as just a simple idea. It was an idea in the minds of 10th-grade kids. The actualization started in 2011 when they started their research on how games were made.

Their first game Kyte - Kite Flying Game got over 250+ downloads on first day and went on to cross 10,000 downloads within its first week of launch. However, because of quality issues the game was taken off by GameEon in the month of August 2013 but shortly after was republished and till date has crossed over 100,000 downloads. GameEon, as of November 2014, consists of a 12-member team and has its office in Mumbai, India.

19 examples of STAR interview questions (plus how to answer them using STAR method)
Jennifer Fabiano
Is this the worst job interview question? The internet seems to think so.
CW Headley
These are the 15 highest-paying psychology jobs
Hailey Hudson
Ladders / Company / GameOn Technology