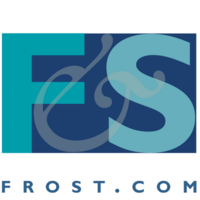 What are the highest paying jobs at Frost & Sullivan?

Frost & Sullivan is a business consulting firm involved in market research and analysis, growth strategy consulting, and corporate training across multiple industries. It is headquartered in Mountain View, California, and has 40 offices on six continents.

Frost & Sullivan was founded by Dan L. Sullivan and Lore A. Frost in New York City in 1961. The company initially focused on research related to new technologies, distribution channels and business trends. In 1972, it started a corporate training division. Also in the 1970s, the company started sponsoring conferences and industry meets, and also expanded outside the US in the 1970s by opening an office in London.

In 1982, Frost & Sullivan was publicly traded, and had annual revenues of $9.1 million. By 1987, the revenues had grown to around $17.5 million, with $290,000 in net earnings. Theodore Cross acquired 53% of the company's stock in the mid-1980s. In January 1988, the company was merged with a subsidiary of FAS Acquisition Co., a company formed by Theodore Cross and Warburg Pincus Capital, making it a private firm once again. In 1993, the company was acquired by David Frigstad.

The company expanded into Asia in the 1990s and opened offices in China, Japan, India and Singapore. In 1997, it entered into a joint venture with M.A.I.D. for electronic distribution of its material.

Frost & Sullivan Job Search in US and Canada