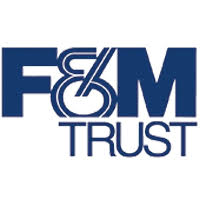 What are the highest paying jobs at Franklin Financial Services Corporation?

First Franklin Financial Corp. was a San Jose, California-based home mortgage lender that specialized in subprime loans. It had been owned by two of the biggest casualties of the subprime mortgage crisis, National City Corp. in Cleveland and Merrill Lynch.

First Franklin was founded in 1981 in San Jose, California, US, to serve the prime credit market, but in 1994 it switched to serve the nonprime lending market.

In 1994, the company was purchased by DLJ Merchant Banking Partners, a unit of Donaldson, Lufkin & Jenrette. In 1999 First Franklin was purchased by National City Corp. from a subsidiary of Bank of America for $266 million. By 2003, the company helped National City become the sixth largest mortgage lender in the country. In December 2006, First Franklin was sold to Merrill Lynch for $1.3 billion, at a time when the shakeout in the subprime mortgage lending market had started to begin. Merrill Lynch acquired the company with the intent to create a pipeline of loans that it could package into mortgage-backed securities.

During the fourth quarter of 2006, First Franklin ranked as the fifth largest subprime lender in the country. On March 5, 2008 the company halted loan originations. The next month Merrill Lynch alleged that National City had misrepresented the condition of the company.
% Masters:
5%

...with Franklin Financial Services Corporation and 1000s of other companies paying $100K+