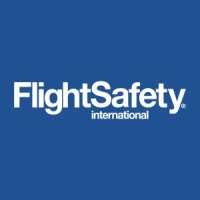 What are the highest paying jobs at FlightSafety International Inc?

Beginning in 2016, the company acquired large holdings in the major US airline carriers, namely United Airlines, Delta Air Lines, Southwest Airlines, and American Airlines, but sold all of its airline holdings early in 2020. Berkshire Hathaway has averaged an annual growth in book value of 19.0% to its shareholders since 1965, while employing large amounts of capital, and minimal debt.

The company is known for its control and leadership by Warren Buffett, who serves as chairman and chief executive, and by Charlie Munger, one of the company's vice-chairmen. In the early part of his career at Berkshire, Buffett focused on long-term investments in publicly traded companies, but more recently he has more frequently bought whole companies. Berkshire now owns a diverse range of businesses including confectionery, retail, railroads, home furnishings, encyclopedias, manufacturers of vacuum cleaners, jewelry sales, manufacture and distribution of uniforms, and several regional electric and gas utilities.

FlightSafety International Inc Job Search in US and Canada

Get paid to dream at work: This company will pay you to nap
Sara London
The average salary of a Chipotle general manager is $100K — and they’re hiring
Kyle Schnitzer
Amazon is now hiring 75K workers — and offering some $1K bonuses
Kyle Schnitzer
Ladders / Company / FlightSafety International Inc