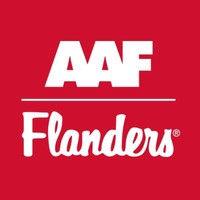 What are the highest paying jobs at Flanders Corporation?

The Flanders Automobile Company was a short-lived US-American automobile manufacturer which operated in Detroit, Michigan, from 1910 to 1913. Its only product was sold through Studebaker dealerships.

It was the brainchild of Walter E. Flanders, who formerly held a position as General Factory Manager at the Ford Motor Company's Piquette avenue plant. There he co-invented the ingenious manufacturing methods which made the Model T Ford so famous.

In 1908, Flanders left the Ford Motor Company and co-founded, together with Bernard F. Everitt and William Metzger, the E-M-F Automobile Company in Detroit. This car, based on Flander's experience with the Model T Ford was the first mass-produced Flanders car. At the beginning, there were two offerings, model "30" and model "20". The "30", although prone to many faults, became a huge success but failed to outsell the Model T Ford. Although second in its best year, it was beaten by the Model T with a wide margin.

In this situation, Flanders convinced the Studebaker brothers, who held substantial stock in E-M-F and were its sole distributor in the USA, to buy the defunct factory of the DeLux Motor Company in Detroit, and to build there a new challenger to Ford. So, E-M-F dropped the "20", concentrating on their model "30". The new Flanders, appropriately named model "20", was patterned after this smaller E-M-F.

Flanders Corporation Job Search in US and Canada

View All Jeffersonville, IN Jobs

6 jobs that prepare you for side hustle success
Kyle Young
This is what work will look like in 2030, and it isn’t pretty
Kyle Schnitzer
The 7 highest-paying entry-level jobs
Hailey Hudson
Ladders / Company / Flanders Corporation