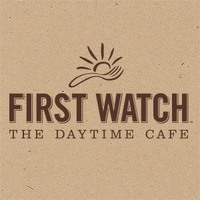 What are the highest paying jobs at First Watch Restaurants?

First Watch is an American restaurant chain based in University Park, Florida. The name is a nautical reference to the first work shift aboard a ship as First Watch restaurants are only open from 7:00 AM to 2:30 PM. Their 6,000 employees are spread across more than 200 locations in 26 states. The first was opened in Pacific Grove, California in 1983 by Ken Pendery and John Sullivan. The co-owners founded it after leaving the Le Peep breakfast chain in Colorado. In 1986 they moved their headquarters to Bradenton, Florida. Since January 1, 2016, Kenneth L Pendery Jr. has been the CEO.

Advent International, a private equity firm, bought a majority stake in First Watch in 2017. Advent International bought First Watch from Freeman Spogli & Co, which obtained First Watch in 2011. Freeman Spogli & Co. bought out the 85 percent stake previously held by Catterton Partners. Catterton's stake was acquired in 2004 with a $35 million investment that allowed First Watch to expand in the Southeast and Midwest, doubling the number of First Watch restaurants. First Watch has a large presence in Florida, Texas, Ohio, Colorado, and Arizona. First Watch and the Egg & I restaurants serve breakfast, brunch, and lunch and offer a wide variety of items.
Total value of jobs:
$360,000
Average Pay:
$90,000
Total Experts:
2
% Masters:
11%