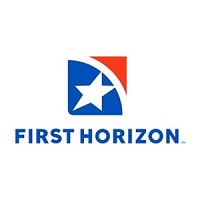 What are the highest paying jobs at First Horizon National Corporation?

First Horizon Corporation is a bank holding company based in Memphis, Tennessee. Its banking subsidiary, First Horizon, is the largest bank in Tennessee and the fourth largest regional banking company in the Southeast. Founded in 1864, it is the fourteenth oldest United States bank on the list of oldest banks in continuous operation. The company provides financial services including banking, wealth management, insurance, and trading services.

Frank S. Davis founded First National Bank, the first nationally chartered bank in Memphis after passage of the National Banking Act of 1863. The charter was received on March 25, 1864, during the American Civil War.

The yellow fever epidemics in Memphis from 1867 through 1878 halted growth. The bank acquired German Bank in 1895. In 1914, the bank participated in the organization of the Federal Reserve Bank of St. Louis. The bank merged with Central-State National Bank in 1926. In 1942, the bank opened its first suburban branch and by 1952, it operated 7 branches. In 1964, the bank moved into a new 23-story headquarters in downtown Memphis. By 1967, the bank was the largest bank in the Mid-South, when it was reorganized as the First National Holding Company. In 1971, the First Tennessee National Corporation was formed to allow the company to acquire other Tennessee banks.

...with First Horizon National Corporation and 1000s of other companies paying $100K+

First Horizon National Corporation Job Search in US and Canada