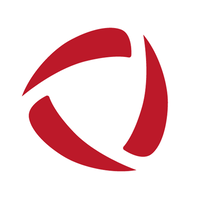 What are the highest paying jobs at FireEye?

FireEye is a publicly traded cybersecurity company headquartered in Milpitas, California. It has been involved in the detection and prevention of major cyber attacks.

It provides hardware, software, and services to investigate cybersecurity attacks, protect against malicious software, and analyze IT security risks. FireEye was founded in 2004.

Initially, it focused on developing virtual machines that would download and test internet traffic before transferring it to a corporate or government network. The company diversified over time, in part through acquisitions. In 2014, it acquired Mandiant, which provides incident response services following the identification of a security breach. FireEye went public in 2013. USAToday says FireEye "has been called in to investigate high-profile attacks against Target, JP Morgan Chase, Sony Pictures, Anthem and others".

FireEye Job Search in US and Canada

Top Jobs at FireEye by City

America falls way short, adds fewer jobs than expected in April
Kyle Schnitzer
Everything you need to know about becoming a dermatologist
Ashley Jones
These US cities will pay up to $20,000 for you to relocate—but there’s always a catch
Benjamin Lorber
Ladders / Company / FireEye