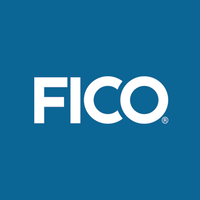 What are the highest paying jobs at Fair Isaac Corporation?

FICO, originally Fair, Isaac and Company, is a data analytics company based in San Jose, California, focused on credit scoring services. It was founded by Bill Fair and Earl Isaac in 1956. Its FICO score, a measure of consumer credit risk, has become a fixture of consumer lending in the United States.

In 2013, lenders purchased more than 10 billion FICO scores and about 30 million American consumers accessed their scores themselves. The company reported a revenue of $1.29 billion dollars for the fiscal year of 2020.

Fair Isaac Corporation Job Search in US and Canada

Get paid to dream at work: This company will pay you to nap
Sara London
The average salary of a Chipotle general manager is $100K — and they’re hiring
Kyle Schnitzer
Amazon is now hiring 75K workers — and offering some $1K bonuses
Kyle Schnitzer
Ladders / Company / Fair Isaac Corporation